Council was hearing from speakers about the city’s “Big Moves” to address what the city describes as a “climate emergency” brought on by global warming.

One of the big steps is to have 90 percent of residents being able to walk or roll to their daily needs by 2030, which is a little over a decade from now.

But where can people walk to if independent businesses are dying?

“We’re currently losing our local neighbourhood businesses throughout the city,” Schein told council in his remarks.

According to Schein, local shops and stores are important in building vibrant communities, where people can find many of the needs.

Schein is the former owner of the Fifth Avenue Cinemas, Park Theatre, and Ridge Theatre. He also founded the Vancouver International Film Festival.

“The overwhelming majority of my workers did not need a car to get to work,” Schein said.

Schein said that the disappearance of many independent businesses can be traced to one thing.

“This problem is caused chiefly by Vancouver city tax policy,” he said.

According to Schein, businesses pay 4.8 times the property tax borne by homeowners.

“Over the past 30 years, city councils decided to subsidize residential property taxes by businesses as there are more residential voters than commercial voters,” Schein said.

Schein said that this happened whether it was the Non-Partisan Association or Vision Vancouver that was the governing party in the city.

“Now we have an independent mayor, and no one party dominates city council,” Schein said, referring to Mayor Kennedy Stewart.

Stewart did not ask questions of Schein after his remarks.

“This is a first chance to correct these unsustainable property taxes on independent businesses,” Schein said.

NPA councillor Sarah Kirby-Yung asked Schein if tax policy has a role in building walkable communities, and the former cinema owner answered in the affirmative.

“You could come back,” Kirby-Yung said, inviting Schein to speak again to council next week.

The staff report mentioned by Kirby-Yung was in response to council’s direction to explore a shift of two percent of property taxes from commercial to non-commercial in order to support small businesses.

Staff do not support a two percent tax shift “at this time”.

The report explained in part that such a shift “property tax for all commercial properties without considering whether or not they need any tax relief”.

There are many great neighbourhoods in #Vancouver with local businesses and they need your help! Support local now so we still enjoy them later!
#CambieVillage #HeartOfVancouver #shoplocaloften #shoplocal #shoplocalvancouver #supportlocal @MyVancouver

Cambie Village9 hours ago
Today's category for the Shop Local Often campaign is Toy or Hobby Shop.
Visit the Instagram page on more information on how to enter for a chance to win $1000.
.
1. Post a photo of your favourite local company, business or shop for today’s category on your Instagram stories, feed or reel for an entry to win (spot must be in Vancouver, BC!)⠀⠀⠀⠀⠀⠀⠀⠀⠀
.⠀⠀⠀⠀⠀⠀⠀
2. In the post, tag the company, the neighbourhood they're in and us at @shoplocaloften (you must have a public account for us to see it!)⠀⠀⠀⠀⠀⠀⠀⠀⠀
.⠀⠀⠀⠀⠀⠀⠀⠀⠀
3. Each day is an entry so be sure to come back tomorrow! One day = one entry but tag as many shops in the day as you like per category to support your local businesses⠀⠀⠀⠀⠀⠀⠀⠀⠀
.⠀⠀⠀⠀⠀⠀⠀⠀⠀
Details:⠀⠀⠀⠀⠀⠀⠀⠀⠀
- Businesses/shops/companies that are being posted must be in the city of Vancouver ⠀⠀⠀⠀⠀⠀⠀⠀⠀
- Only 1 entry per day, per Instagram account. Each day will run from 10AM to 11:59PM PST. Contest runs from Jan 1 to Feb 13, 2022. Maximum entries per account is 44. ⠀⠀⠀⠀⠀⠀⠀⠀⠀
- Please be aware of scam accounts. We will never ask for credit card information. ⠀⠀⠀⠀⠀⠀⠀⠀⠀
- This campaign and contest is in partnership with the BIA Partnership of Vancouver and the BC Chamber of Commerce .⠀⠀⠀⠀⠀⠀⠀⠀⠀
- Participants must be in the Vancouver area and able to pick up their prize in Vancouver, BC.⠀⠀⠀⠀⠀⠀⠀
.⠀⠀⠀
#CambieVillage #HeartOfVancouver #shoplocaloften #shoplocal #shoplocalvancouver #shopvancouver #supportlocal #supportsmall #shopsmall #vancouverbc #hobbyshop #toyshop #toys
Kaboodles Toy Store 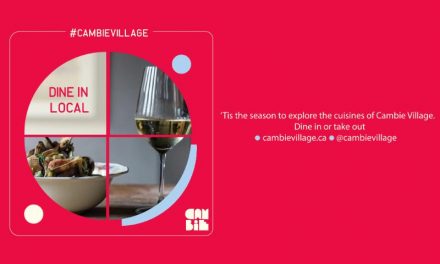 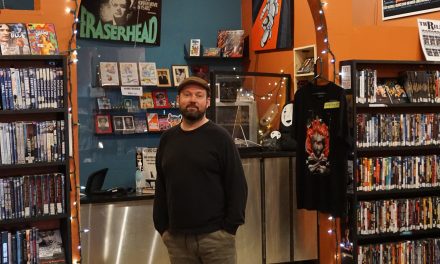 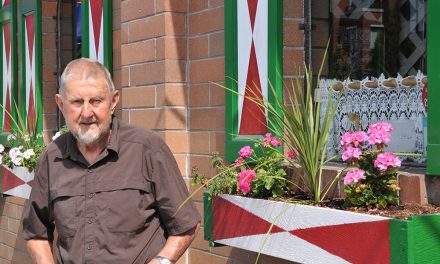 The BC Legend, John Dys, passed away on April 30. He lived in and had several businesses in Cambie Village. 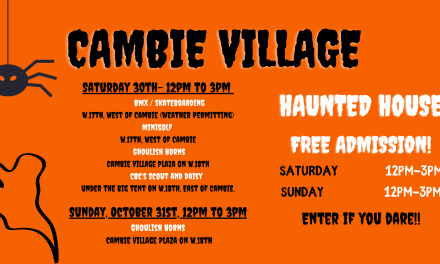